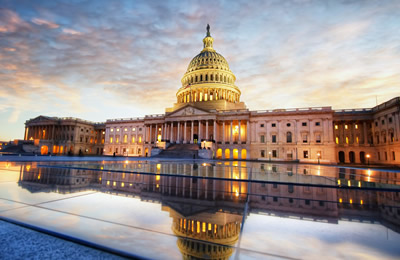 In Washington D.C., your students will discover our nation’s past, present, and future! Founded in 1790 as the new capital city for our new nation, the District of Columbia today boasts a wealth of fine museums, stunning monuments, and moving memorials.

Washington D.C. has it all: historic artifacts like the Declaration of Independence, time-honored traditions like the Changing of the Guard at Arlington National Cemetery, iconic sites like the Lincoln Memorial and even panda bears at the National Zoo!

Whether you are studying history, art, science, or anything in between, a visit to our nation’s capital is an educational experience no young American should miss!

American Art Museum
The museum celebrates the extraordinary creativity of our country’s artists, whose works are windows on the American experience.

Arlington National Cemetery
See the Changing of the Guard at the Tomb of the Unknowns, gravesites of President John F. Kennedy, Sen. Robert F. Kennedy and the crew of the Challenger Space Expedition.

Embassy Row
Walk along Massachusetts Avenue and see many of the beautiful foreign embassies in Washington D.C.

FDR Memorial
Dedicated on May 2, 1997, the monument spreads over 7.5 acres, tracing 12 years of history through a sequence of four outdoor rooms, one for each of FDR’s terms in office.

Ford’s Theatre
Learn the history of this working theatre and the events that led up to the assassination of President Lincoln.

Holocaust Museum
The Holocaust Memorial Museum is a memorial to the millions who died during the Nazi regime in Germany during World War II.

International Spy Museum
This is the only public museum throughout the world solely dedicated to espionage and global perspective on an all-but-invisible profession.

Iwo Jima Marine Corps Memorial
The memorial is dedicated to all marines who have given their lives in the battle of Iwo Jima, one of the most historic battles of World War II.

Kennedy Center
The John F. Kennedy Center for the Performing Arts produces a variety of theater and musicals, dance and ballet, orchestral, chamber, jazz, popular, and folk music, and multi-media performances for all ages.

Korean War Memorial
This memorial provides 19 larger than life steel statues of soldiers dressed in full combat gear serve as a tribute to those who restored freedom to South Korea.

Library of Congress
Started by Congress in 1800 who sent away to London for 740 books and 3 maps as a reference library for Congress, these materials were later used by the British to start a fire to burn down the Capitol in 1814. Jefferson then sold his personal collection of over 6,000 books to begin the 2nd collection of the Library of Congress in 1815. Today, there are approximately 90 million items on 540 miles of shelves.

Lincoln Memorial
Standing at the west end of the National Mall, this neoclassical monument is in honor the 16th President and features his famous Gettysburg Address.

Lincoln Park
Initially in honor of President Lincoln, consecrating the place to Lincoln’s memory really took hold several years later through the efforts by an African American woman named Charlotte Scott of Virginia who started fund raising among freed blacks to pay homage to the President.

Mount Vernon
George Washington’s Estate & Gardens, including the farm where Washington and his family lived.

National Archives
Here, the Constitution, the Declaration of Independence, the Bill of Rights and many other documents can be found.

National Air and Space Museum
Maintains the largest collection of historic air and spacecraft in the world.

National Museum of African Art
This Museum fosters the discovery and appreciation of the visual arts of Africa, the cradle of humanity.

National Museum of the American Indian
The first national museum dedicated to the preservation, study, and exhibition of the life, languages, literature, history, and arts of Native Americans.

National Zoo
The National Zoo is home to 2,000 individual animals of nearly 400 different species. The Zoo is best known for the giant pandas.

Petersen House
Across the street from Ford’s Theatre is the house where Lincoln died after being shot by John Wilkes Booth on April 14, 1865.

Supreme Court
Initially convened in New York, then Philadelphia, then US Capitol, finally in 1935 the Supreme Court in Washington D.C. was completed.

The Awakening
Sculpture of a giant struggling to emerge from the earth.

Union Station
Among the most visited destination in the nation’s Capitol with over 32 million visitors a year. World-class train terminals, exhibitions, restaurants and stores.

US Capitol
The construction of the Capitol began in 1793, and for over a century it was the only building created for the use of the nation’s legislature

Vietnam Memorial
This memorial honors members of the U.S. armed forces who died in service or are unaccounted for during the Vietnam War.

White House Visitors Center
The Visitor’s Center features many aspects of the White House, including its architecture, furnishings, first families, social events and relations with the press and world leaders.

World War II Memorial
Symbolic of the defining event of the 20th Century, the memorial is a monument to the spirit, sacrifice and commitment of the American people.