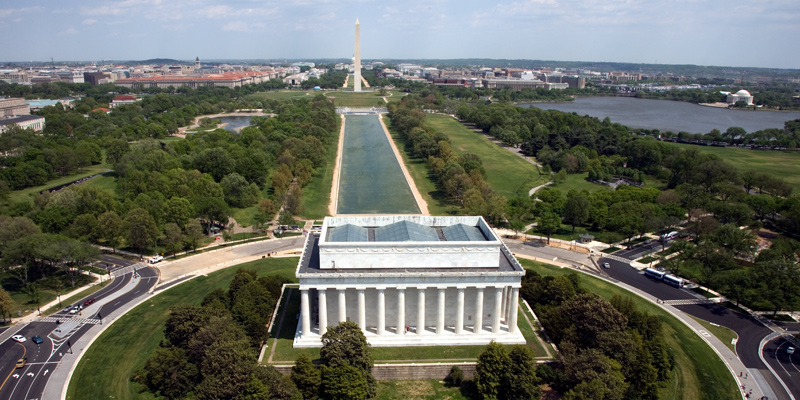 Inside The Beltway: Educational Travel Destinations In Washington, DC

There are no halls of power more potent than those of our nation’s capital – Washington, DC. From the Capitol building, where the laws of our nation have their genesis, to the White House, this is the global hub of the world’s political affairs.

Students with an interest in political life, law and history will all find a rich storehouse of the American Experience Inside the Beltway, following in the footsteps of giants like Abraham Lincoln and George Washington.

It might well be said that every modern President stands in the shadow of Abraham Lincoln.  His achievements are lavishly memorialized in Washington, DC.  From the massive memorial on which are engraved his iconic words at Gettysburg, to the Lincoln Cottage, where President Lincoln lived for most of the Civil War, Washington, DC is where students can experience Lincoln’s legacy firsthand.

Lincoln Park was created by freed slaves in memory of Abraham Lincoln, led by Charlotte Scott of Virginia.  The Ford Theatre, where Lincoln was assassinated by John Wilkes Booth and the Peterson House, where he drew his final breath, are all here for students to experience.

Cedar Hill is where legendary civil rights leader Frederick Douglass presided over his life long struggle to bring freedom to the oppressed, excluded and downtrodden.  A leader in the late 19th Century in the movement to abolish slavery, Douglass’s tireless efforts and a life of selfless service can be experienced here.

Martin Luther King Jr. is internationally known as the beacon of the 1960s Civil Rights movement in America.  His memorial stands as a tribute to his resilience in the face of repeated attacks on he and his family and the 20 incarcerations he suffered due to his struggles.

Assassinated in Memphis, TN, he was never to see the promised land he sought to lead his people to.  He is remembered for his application of non-violent resistance to effect profound change.

1600 Pennsylvania Avenue the Capitol and SCOTUS.

1600 Pennsylvania Avenue is the address of the most famous and fascinating residence on the planet.  The White House has been home to US Presidents since the time of its first occupant, John Adams, in 1800.

The White House Visitors’ Center provides students with an overview of the architecture, furnishings and first families.  Students will also learn about White House protocol in its relationships with international leaders and the media.

Started in 1793, the US Capitol’s dome is a symbol of American legislative power.  It’s here that representatives from all over the United States convene to create our matrix of federal laws, balanced by the mediation of the Supreme Court, when challenged.

Visits to these institutional landmarks are an opportunity for students to immerse themselves in the political and legislative life of their nation and to consider the complex interplay of power that determines how they’ll live.

Junior Tours invites your student group to experience Washington, DC’s grandeur with a tailored student trip.  Contact us for more.