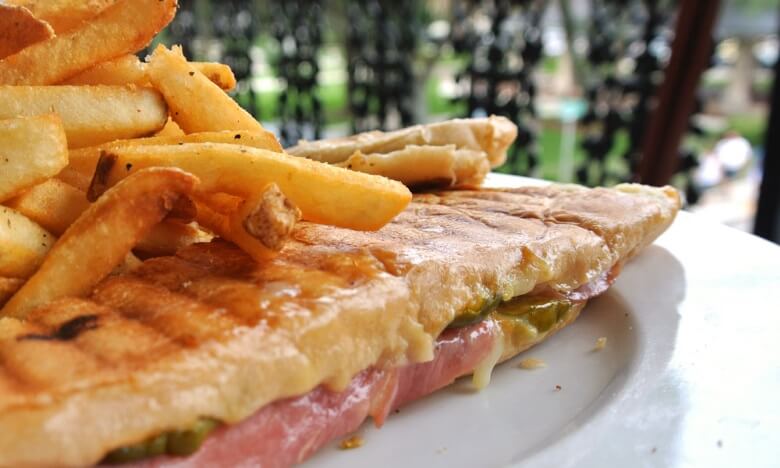 Essential Lunch Spots for Your Class Trip to Florida

When you’re headed to Florida, you’re headed to a world of food influenced by a wide cross-section of people.  Cuba isn’t the only Latin American community represented here, with 20% of the population of the state speaking Spanish.

And where you find Latin Americans, you’ll find great food.

Here, there’s also a large African-American population, as well as a growing Asian contingent.  What all this means is that Florida is increasingly regarded as a destination in which you’ll find a wide range of flavors and tempting scents to satisfy any palate.

Let’s look at some essential lunch spots for your class trip to Florida, focusing on popular student destinations, Orlando and Miami.

Orlando shows its southern flair in Dexter’s Winter Park.  At this famed lunch spot, you’ll find a Louisiana influence in the crab cakes and the Hot Mess.  Despite its name, this mess is also delicious, featuring biscuits, fried chicken, eggs and gravy.  Most entrees here clock in at about $10, so it’s budget friendly, too.

Asian food fans are devotees of the noodle soup, Ramen.  But the ramen offerings at Domu are not the kind that come out of a package, or in a styrofoam cup.  Try the Richie Rich variety, swimming in a broth which has simmered for 18 hours.

Mexico meets the American love affair with food at Hunger Street Tacos.  This incredibly affordable eatery marries the national obsession of Mexico with fillings like seared brisket.  All the traditional favorites are here too, for the taco purists in your group.

With all the Latin American influence, you know the food is there and it’s found in some of its most delicious forms at La Latina.  Imminently affordable, this divine little spot features arepera and the irresistable empanada de pabillon, stuffed with black beans, cheese and beef.  Fuel up here for a day of educational exploration.

With Cubans making up more than a third of the city’s population, a visit to Miami isn’t complete without trying the food of the mysterious island nation they hail from.

Nowhere will you find better examples of the culinary treats of Cuba than at Little Havana’s Exquisito.  Try the vaca frita with the island’s traditional root vegetable, malanga.  It comes served with a delicious sauce redolent of garlic (so the entire group will be compelled to try it).

Also in Little Havana is the most renowned and venerable Cuban dining establishment in town, Versailles.  Take your group to experience the Cuban sandwich in all its mouthwatering glory, from the lunchtime take out window.  Watch your students’ faces transfigured with joy, as they tuck into a Cubano of roast pork, sweet ham and Swiss Cheese on traditional Cuban bread.

These are our essential lunch spots for your class trip to Florida.  We strongly advise that your group pack its eating pants for this educational and cultural adventure.

For 50 years, Junior Tours has been taking students on unforgettable educational excursions.  Contact us for a quote and free sample itinerary.