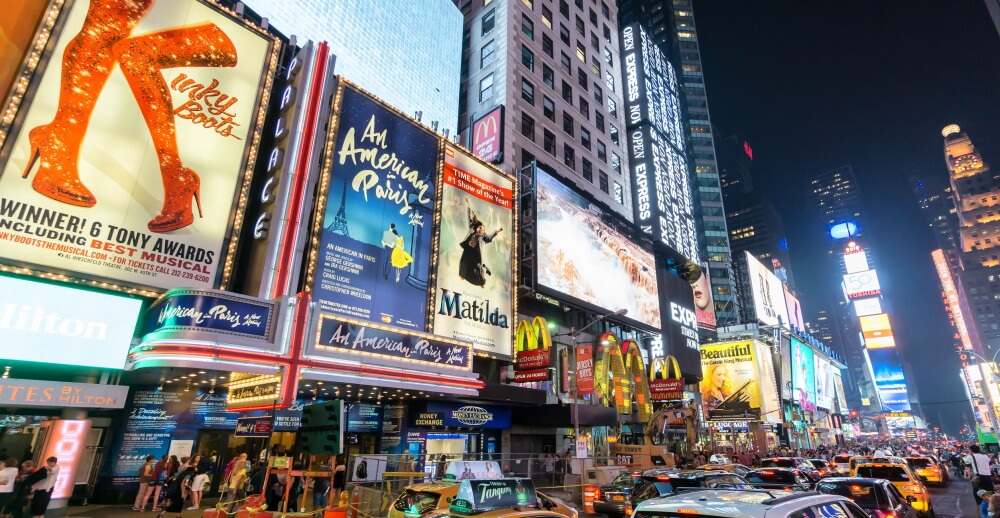 Going on a student tour with a group of students encourages students to learn more, teaches them about things they might be interested in, and encourages them to pursue their dreams. Drama students may love a tour of New York City, the chance to view a Broadway show and the opportunity to learn more about the theaters of the Big Apple. Guided tours provide an abundance of activities designed to appeal to drama students who want to learn and see as much as possible.

While the tour focuses on drama, there is plenty to see and do outside of theater-related activities. Students taking a guided student tour can see famous landmarks like the Statue of Liberty, 5th Avenue, the Empire State Building, and Times Square. They’ll tour through the city, stopping at many of the places they’ve always wanted to see and will have the experience of a lifetime while they’re in New York City.

While seeing a Broadway show is exciting, drama students may be able to meet a Broadway professional. This gives them the chance to learn a lot more about what acting on Broadway is like as well as what they might expect if they’re interested in trying out for a Broadway show in the future. When this is included in the tour, it’s an unforgettable experience for all of the drama students.

Some of the student tours include workshops as well as sightseeing and shows. During these workshops, the students get the chance to learn even more and to try their hand at some of the things they’ll learn. All of the students will have a fantastic time during the workshops and will return from the trip with a new appreciation for the arts as well as new skills they can put to use the next time they’re in a local play.

Drama-related sightseeing trips can be included as well to ensure the students get to visit the places they’re interested in. The New York State Theater and the Metropolitan Opera House are two stops the drama students won’t want to miss while they’re on a drama tour of New York City. Both of these places include a history of the arts in New York and abroad. The students will get the chance to see inside of the theaters and have the opportunity to learn more about the history of drama along with the history of these and other drama-related stops on the tour.

Student tours are an excellent way for students to be able to visit new places, learn more, and to divulge in their hobby. Drama students will enjoy a student tour of New York City designed with them in mind and will love visiting all of the places on the guided tour. Check out the drama-focused student tours in New York City today to learn more about the types of tours you can go on as well as what you might expect if you’re taking drama students on a guided tour to New York City. The students are going to thoroughly enjoy every part of the tour.