New York City is arguably the most exciting city in the world, and when planning a high school senior trip to New York, it can be easy to get lost with the countless attractions and places to do and see. It would take months if not years to truly experience New York at its fullest, but with only a few days, you want to make sure every minute counts.

Here are the 6 coolest ideas and places to visit for any high school senior class trip to New York City:

Read below as we dive into each place, explaining exactly what makes these locations awesome choices for a high school senior trip!

1) The Statue of Liberty 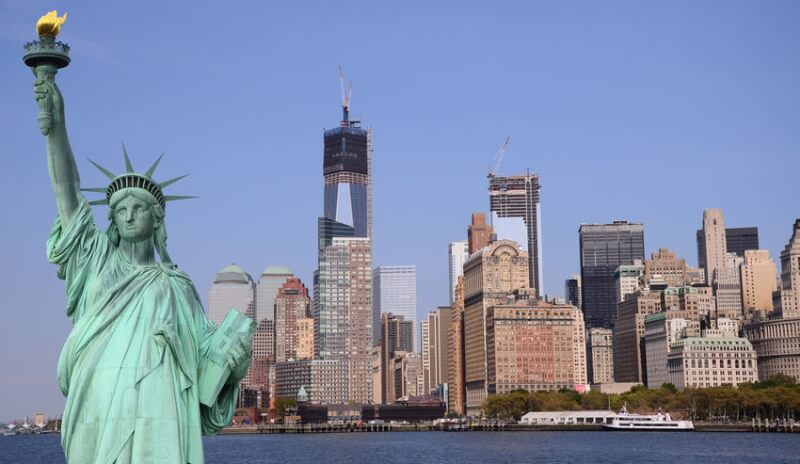 You can’t imagine New York City without visualizing the Statue of Liberty holding her iconic torch over the cityscape. The Statue of Liberty is one of New York’s most popular tourist destinations, with over four million visitors per year checking out the national icon.

One of the best parts about visiting Liberty Island and Ellis Island is that it gives you a chance to take your seniors out on a ferry, which might be a first for many of them. While you can take your seniors to both islands on your own, there are plenty of guided tours available that run daily.

And if you’re really trying to get your money’s worth, this area is actually one of six stops on the official New York City Pass, which includes the 9/11 Memorial building. This symbol of freedom, hope, and new beginnings is a must-see, and for high school seniors, the trip to the Statue of Liberty and Ellis Island is one they’ll never forget. 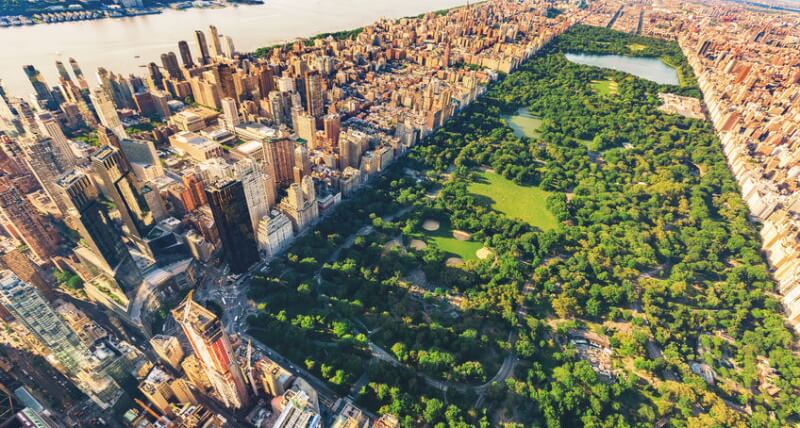 Central Park is so much more than just a park, but even as it is, it’s already a sight to behold: 843 acres of delicate, untouched nature, with a lake sitting in the middle of it, right in the heart of Manhattan.

With ball fields, skating rinks, meadows, hills, playgrounds, and awesome attractions like the Central Park Zoo, Belvedere Castle, and Strawberry Fields, you can spend an entire week roaming the destination and not see the same thing twice.

Be sure to begin your trip by picking up a free offer map from the visitor center. It’s then up to you and your class to decide if you want to explore it on your own with a walking route, or join up with one of the many daily tours.

So what can you do specifically? If you are looking for more than just a nice walk through nature in the middle of one of the busiest cities in the world, the area offers a ton of activities to do and places to explore, such as: 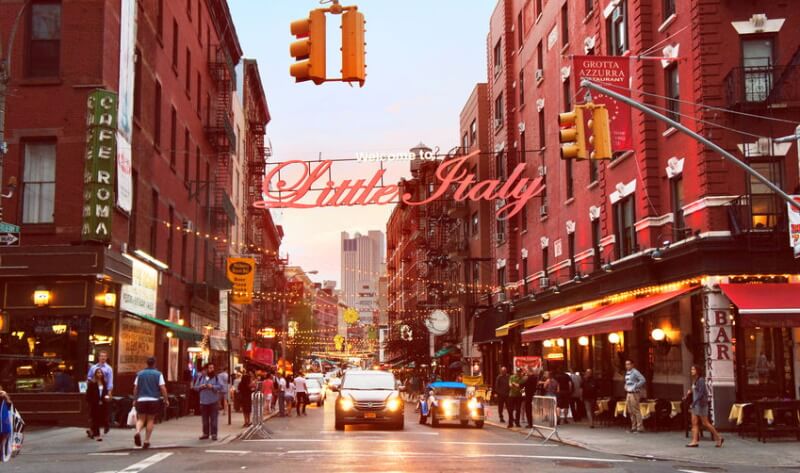 Bordered by SoHo, Tribeca, Lower East Side, Chinatown, and NoLita, it would be easy to understand if Little Italy could be forgotten about, with so many iconic downtown Manhattan neighborhoods around it. But Little Italy remains one of the most popular tourist destinations in New York City, and for good reason.

New York Italians played a huge part in shaping New York as we know it today, and there is nothing more Italian American than Little Italy. The neighborhood got its name due to the many Sicilian and Neapolitan immigrants that moved into the area in the 1880s. That Italian influence has lived on, morphing into a uniquely Italian New York experience that you can’t see, feel, or taste anywhere else.

So what is there to see and do in Little Italy? While Little Italy has recently shrunk because of the expansion of Chinatown, there is still plenty of Italian American authenticity to be seen and tasted down these streets to make all tourists on trips more than content. Some popular places include: 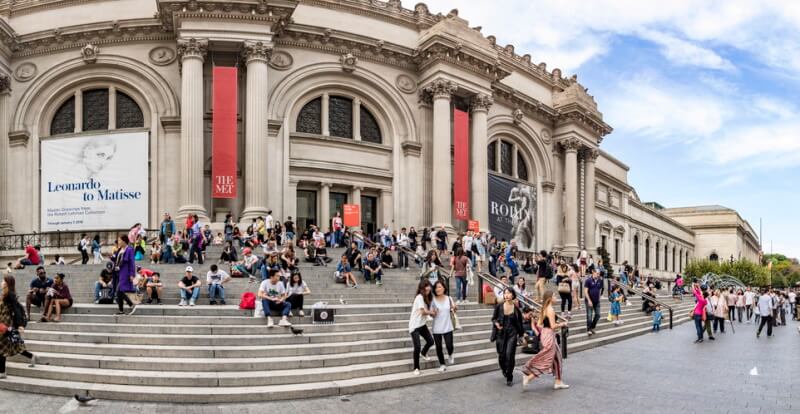 Popularly known as the Met, the Metropolitan Museum of Art is one of the great wonders of the 21st century, housing perhaps the most massive collection of history under a single roof.

What’s great about the Met is that it has something for every senior in your class – no matter what part of history interests them the most, the Met has something to show. There is no other place on earth where you can experience tours on Egyptian tombs, Renaissance paintings, and Japanese samurai armor in a single day.

With thousands of pieces to see, it can be easy to get lost and miss the most popular attractions. Here are three rooms you need to explore during any Met trips. But with so many things to see, we advise you take several trips if you have the time: 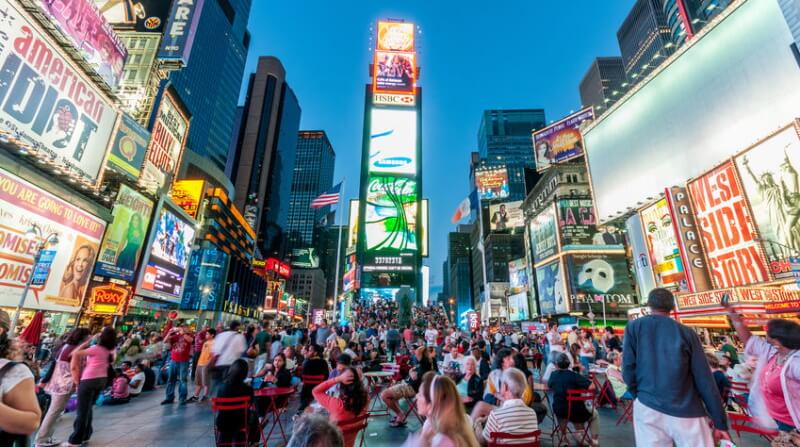 You can’t make a list of the coolest destinations in NYC without including the one and only Times Square! What first time visitors of NYC are always surprised to learn is that Times Square isn’t actually a square – the area is the four quarters between Broadway and 7th Avenue’s intersection in Midtown Manhattan.

Aside from the glitz and glamour of Broadway, shopping, and awesome billboards, there are tons of attractions and things a group of eager students can see and do in what is known as the “crossroads of the world”.

Enjoy food from all over the world from one of the many NYC food trucks and food stands around the area; sit in on a taping of a popular talk show; listen to the gospel choir at the Times Square Church; interact with the many costumed cartoon characters like Elmo; check out the midnight moment, or the greatest digital art exhibition in the world from 11:57 to midnight every night.

Need more ideas on what to do? Check out the official NYC Information Center for Times Square here. 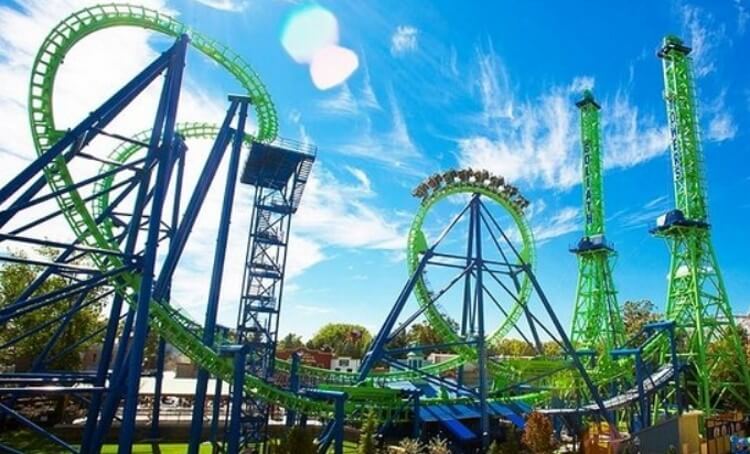 If you want to top off your New York trip with something even your most stubborn seniors will absolutely love, then why not take them over for a Six Flags Great Adventure trip?

Located just between NYC and Philadelphia, Six Flags Great Adventure has 13 rollercoasters and 2 water rides, and operates for most of the year, between March and January.

Thinking of planning a high school senior class trip or tour to NYC (or anywhere else), and feeling a little lost? Junior Tours is here to help! We’ve been assisting schools, teachers, and classes for decades, taking care of all the essentials to create the perfect school tours and trips.

Whether you are heading to New York, Washington D.C., Canada, or even abroad, we can help you from top to bottom, managing everything from your accommodations to your transportation and even layout every step of your itinerary. We’ll help you plan trips to historic and cultural hearts of the city, from the 9/11 Memorial building to Broadway and everything in between.

Contact us at Junior Tours today, and let us help you create a trip and tour your senior class will never forget!