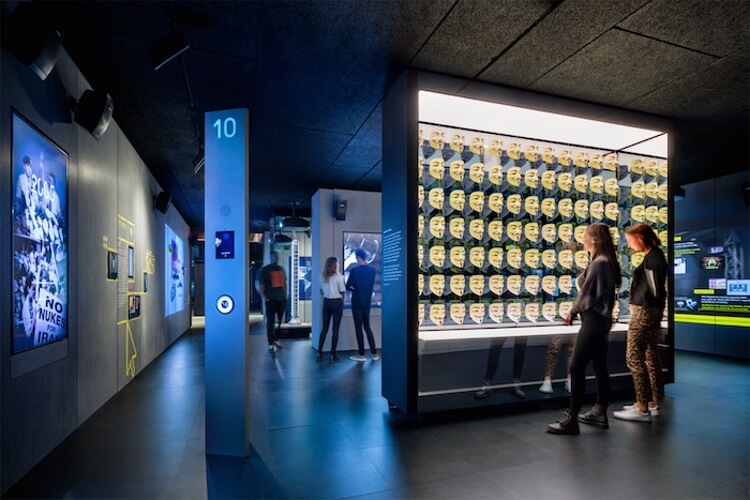 Just when you thought New York & Washington, DC couldn’t get any more exciting, 2018 proves you wrong.

New attractions in these two cities make them even more outstanding proposals than they’ve ever been for a school trip.  Washington especially has an enticing new selection of experiences for your students.

If you’re planning a New York or Washington, DC school trip this year, you’ll want to make note of these new ways to engage your tour group.

New York pulse only gets stronger by the year.  This city is like a living organism unto itself.  Around every corner, there’s another surprise to delight educators and their students.

This year, that surprise is a big one, with the establishment of Spyscape.  Spyscape offers a multi-sensory, interactive experience, introducing your students to the fascinating world of international espionage and computer hacking.

As we’ll all be aware, these topics currently dominate the news cycle, with cyber attacks being a modern reality and spying an increasingly sophisticated enterprise, due to the technological change.

At Spyscape, students get a front row seat to all the shady dealings of this mysterious world.  While your students won’t know who Maxwell Smart is, they may even bump into his famous shoe phone in this attraction’s collection of seldom seen spying devices.

They’ll learn of the teen who burrowed through the CIA’S cyber defenses and the spycatcher who collared a traitor in the FBI.  They’ll also learn key tricks of the trade, like profiling, lie-detection and how to use their powers of observation.

If you’re hitting DC with your students this year, you’ll be amazed by the new slate of experiences the city’s offering in 2018.  Here, we’ll round up a few of the best.

Arlington National Cemetery celebrates the 150th anniversary of what we now call Memorial Day this year and of course, that’s cause for celebration.  A visit to this resting place of heroes on May 28 promises an even more spectacular commemorative ceremony than those usually mounted each year.

While not everyone has an interest in the Bible, that’s a tremendous pity.  This collection of ancient books is a treasure, compiling some of the Ancient Near East’s most compelling literary accomplishments.

Celebrity Bibles are among the artifacts you’ll see here, but some of Protestant reformer Martin Luther’s early tracts are also on display, as well as first editions of the watershed King James Bible.

The 430,000 square foot facility is filled with interactive displays, video theatres and a fascinating walk through one of the world’s most widely-read and studied texts.

Junior Tours takes you there

At Junior Tours, we’ve been supporting teachers with extraordinary school trips for over 50 years.  Since 1967, we’ve been creating educational adventures that bring learning to life.

This year, New York and Washington, DC school trips promise to be better than ever, with exciting new attractions to fascinate your students.

Ready to go?  Contact us.  We’ll respond with a free sample itinerary and quotation.