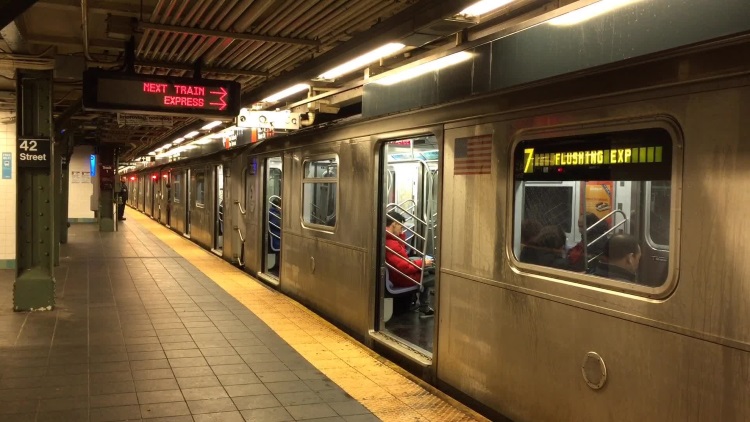 Safety on Tour – The Subway Ride

When you’re touring with students in a major city, public transit should be part of the experience.  While most educators don’t relish the thought of getting on a bus with their students, a subway is an even more daunting prospect.

You’re in the Big Apple with a large group of students.  Spirits are high.  Cats are being herded.  Anything’s possible.  As a teacher responsible for these kids while they’re away from home, you have support, but it doesn’t seem enough as the turnstile nears.

But safety on tour is a mindful process and one that can be managed with the right preparation.  Let’s talk about safety on tour – the subway ride and how you can pull it off without a hitch.

It’s not that scary.

Subways, wherever they are, are conveyances which move perfectly normal, hardworking people from point “A” to point “B”, every day of the week.  While we’ve all heard horror stories about the subway in New York and other major cities, it’s helpful to remember that these stories relate isolated incidents.

Taking the subway with a touring student group doesn’t have to be scary.  Preparing your students before you even leave on tour, though, is an imperative.  Set clear protocols and ensure that everyone understands them.  Divide your group into smaller sub-groups and assign a chaperone to each one.  This makes the effort much more manageable.

When entering a subway car, enter as a group. This won’t be possible at peak times of the day (morning/evening rush hours, trains headed to major events), so that’s not when you’re going to take the subway.

You’re going to ensure you’re taking the subway at times when the stations aren’t overly crowded.  This allows the group to file onto cars and file off in a more orderly fashion.  Instruct your groups to remain together, as much as possible and to always be aware of where their chaperones are.   Ensure they move away from the car and toward the nearest wall to meet with others in their groups.

Because we grew up in New York, the folks at Junior Tours know how to wrangle a group on the subway.  It’s second nature to us.  No matter where we are, we’re veterans of the subway wars who will guide you, ensuring that everyone who descends into the warrens of the subway system comes out the other side.

For 50 years, Junior Tours has been creating outstanding student educational experiences – including the occasional foray onto the subway.

Ready to climb aboard?  Then Junior’s ready to click through the turnstiles with you.  Since 1967, we’re been taking teachers and students places.  We’re old hands at herding cats.

In 2017, we’re celebrating our 50th Anniversary as a boutique student tour provider that delivers customized itineraries.  Contact us for a quotation and sample itinerary.  With Junior, the subway is a cinch.