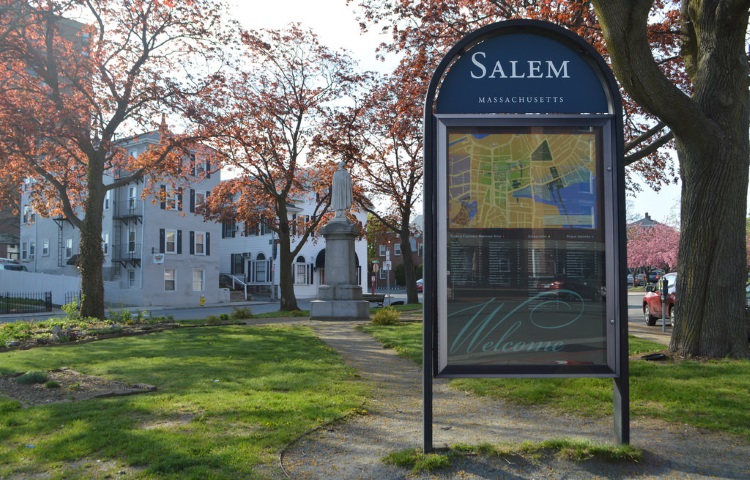 Consider Adding Salem to Your Next Trip to Boston

A trip to Boston without a visit to Salem wouldn’t all that it could be.  With Salem only 25 brief miles away, it’s an easy day trip which yields incredible learning opportunities.

Educators needn’t be told about the rich history of this Massachusetts town.  Best known as the site of the infamous witch trials of 1692 and the setting for Arthur Miller’s famous play, the Crucible, Salem was also home to the privateers, who sailed the first ship from American shores to China, returning with the spice pepper.  Salem was, in fact, one of Puritan America’s most crucial seaports.

The power of fear.

One of the most important lessons educators can share with students when visiting Salem is the power that fear has over the actions of a group.  The hostility towards suspected witches modelled in Salem grew from a small knot of communal ignorance, becoming an inferno of public trials and hangings.

Educators are given a unique opportunity to not only share this fascinating part of American history with their students, but to do it through the lens of social commentary.  As Miller’s Crucible details, the power of fear to ignite groups of people to act against their neighbors can never be underestimated.  The Salem witch trials remain one of the most poignant examples of this unfortunate effect.

Rich educational experiences await teachers who bring their students to this living historical monument and many of those experiences have a resonance which informs the current age.

House of the Seven Gables.

Salem’s place in the annals of American literature certainly doesn’t end with the Crucible.  The subject of Nathaniel Hawthorne’s famous work, the House of the Seven Gables, still stands today, ready for students to explore its famed precincts.

The house is now part of what’s been designated a National Historic Landmark District.  Visitors may also view Hawthorne’s birthplace.  While he lived in this home until he was 4, it was moved from its original location (several blocks away) to form an easily accessible complex of Hawthorne history.

Salem, with its proximity to Boston, presents an enticing prospect for educators keen to share American history with their students.  In combination with a visit to the extraordinary historical sites on offer in Boston, Salem, only 25 miles away, can enrich and illuminate the experience of visiting Boston.

On every corner in both these centers of American history and culture are examples of early American architecture and sites of historical interest that render them both open-air museums.  While continuing to thrive as modern cities, both Boston and Salem offer educators and their students the chance to experience the American story first hand.

Junior Tours has been creating exceptional student travel experiences since 1967.  For 50 years, we’ve worked with teachers and students from all 50 states, bringing them logistical excellence and keen destination knowledge.

Salem is just a stone’s throw from Boston, so combining the two destinations for a truly memorable student tour makes sense.  Contact Junior to make it happen.