By Rich AbramsOctober 29, 2019Travel
No Comments

Read on to see exactly how every place can be an awesome educational travel spot for you and your student group. Enjoy! 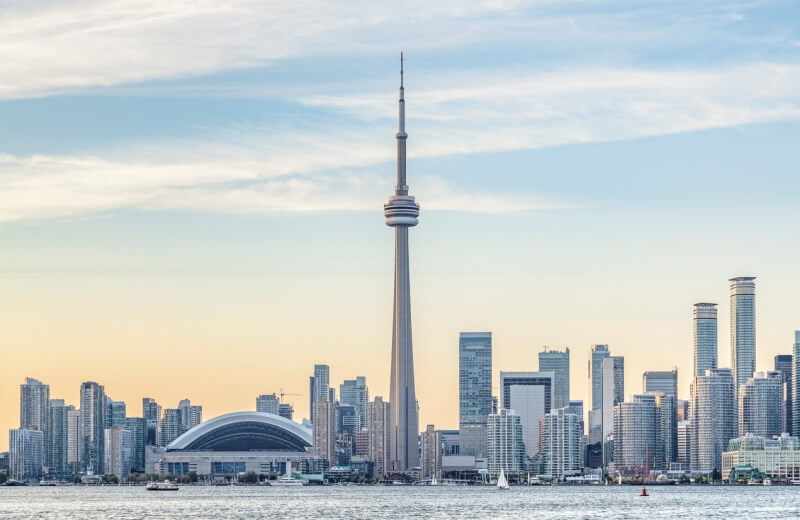 What It Is: Perhaps the most recognizable icon of Toronto, the CN Tower rises up to 553.33 meters, or 1815 feet (and 5 inches!). If you’ve seen a picture of Toronto as a city, then you’ve seen the CN Tower. Renowned internationally as a triumph in modern engineering, the CN Tower is a spectacular place to visit for all tourists of coming into Toronto.

If you find yourself heading to CN Tower, some of the attractions you have to see include the Glass Floor, the SkyPod, and the Window Walls, offering visitors a floor-to-ceiling panoramic view of the city below and around them – north, south, east, and west!

What Students Can Learn: Visiting students can visit CN Tower as students of Toronto’s culture or as students of the wonders of modern engineering. Students can also have fun with the Edge Walk, the CN Tower arcade and motion theatre ride, as well as The Height of Excellence film, which documents and explains the historic construction of the ultimate venue in Toronto. 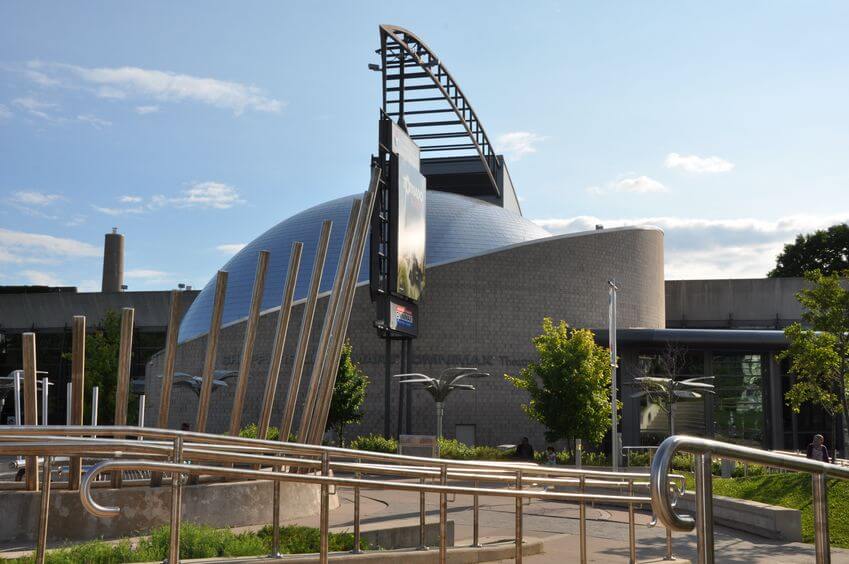 What It Is: As one of the most famous cultural sites in all of Canada, the Ontario Science Centre has been enriching the education and scientific understanding of students of all ages for over the last 50 years.

The Ontario Science Centre has eight exhibit halls that visitors can explore, hosting a combined 500 interactive experiences on topics of the rainforest, space with a planetarium, and many more.

What Students Can Learn: If you are looking for one of the most popular hotspots of field trips and educational tours in Toronto, then the Ontario Science Centre is the place for you. The centre hosts countless valid student trips every week, with activities for groups ranging from all ages, from the youngest kids to high school seniors. 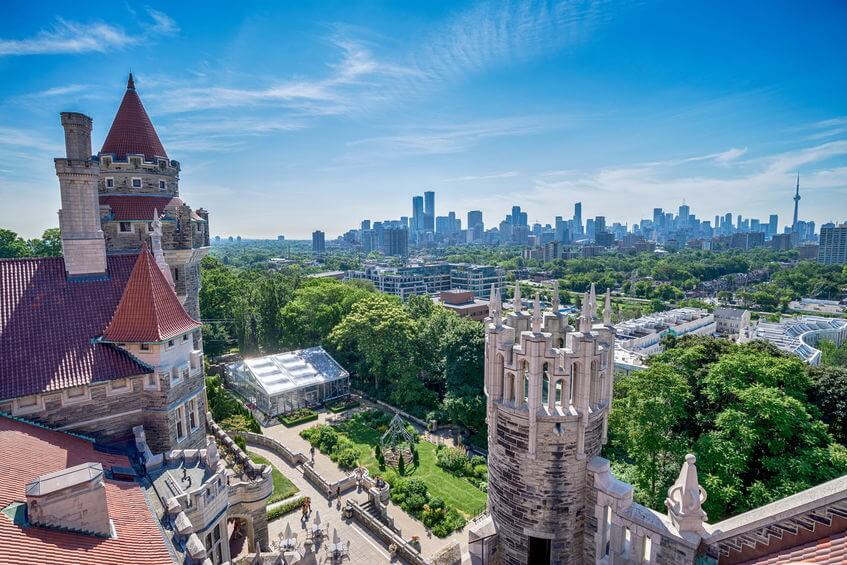 What It Is: Originally constructed in 1914 as a mansion for prominent Canadian financier Sir Henry Pellatt, the Casa Loma mansion now serves as a local historic house museum in Toronto, showing off its Gothic Revival architecture and beautiful gardens.

What Students Can Learn: Designated as a heritage spot by the Ontario Heritage Act in 1987, the Casa Loma mansion is a great place for students of all ages to learn about culture, history, and design in a single location.

The Casa Loma also played a part in many events of the 20th century, including the Prohibition Era of the 1920s, serving as a nightspot and hotel for affluent Americans; World War II, in which it was allegedly used to research and produce sonar devices in a secret facility located behind the stables; and other issues that included potential demolitions, the conversion to a tourist destination, and more.

What It Is: The Hockey Hall of Fame is perhaps the biggest and best ice hockey museum and hall of fame in the world, located in the heart of Toronto. Visitors can enjoy over 57,000 square feet of games, theatres, displays, exhibits, interactive activities and more.

What Students Can Learn: A full day of sports history, Canadian history, and Canadian culture is in store for any group of students who visit the Toronto Hockey Hall of Fame, and you don’t necessarily have to be a fan of the sport to get a kick out of the experience. A tour director can guide you and your group around if necessary.

Take pictures with and learn about the Stanley Cup and various other NHL trophies and memorabilia. With rotating exhibits, art installations, and interactive games and activities for experts, fans and non-fans alike, the $20 entrance fee is well worth the price. 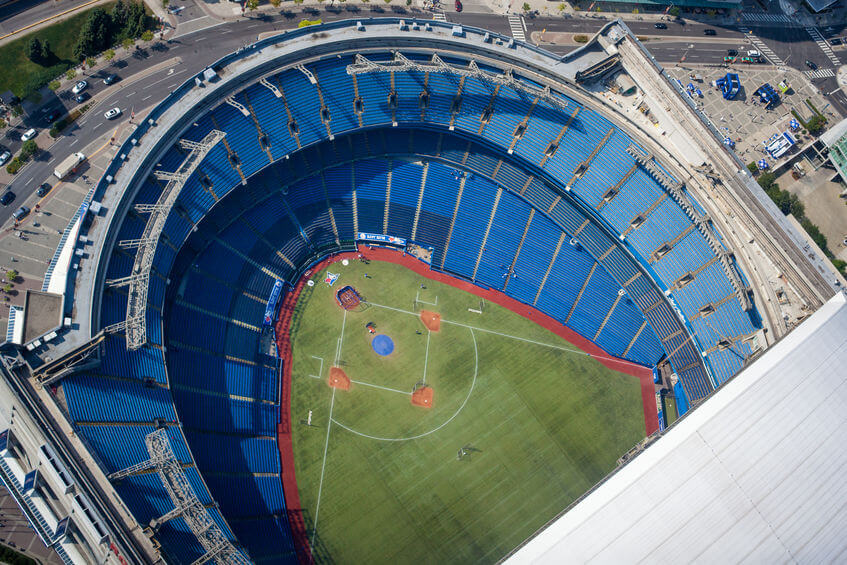 What It Is: Originally known as SkyDome, Rogers Centre is Downtown Toronto’s multi-purpose stadium that serves as the home of the Toronto Blue Jays of Major League Baseball. As the first fully retractable roofed stadium, Rogers Centre (known formerly as SkyDome) is a cultural and sporting icon in Toronto. 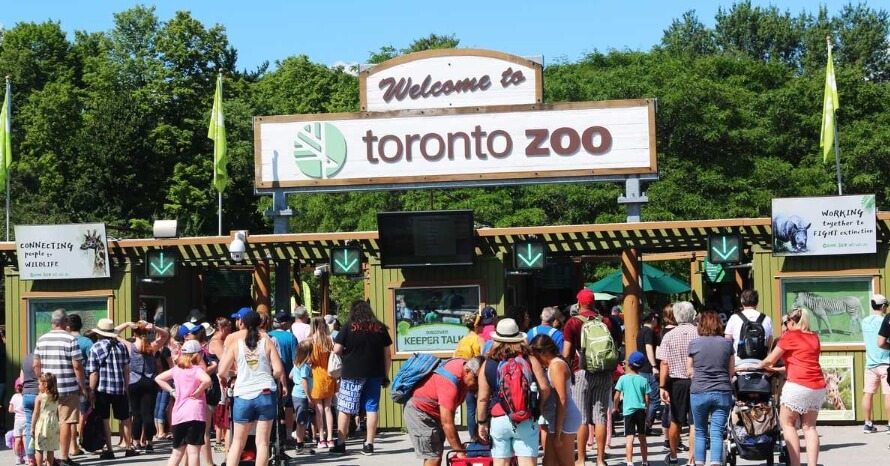 What It Is: The Toronto Zoo is the premier zoo of Canada, and one of the best and most modern zoos not only in North America, but the world. The zoo is divided into seven different regions, grouping animals zoogeographically: Tundra Trek, Indo-Malaya, Canadian Domain, Africa, Eurasia, Australasia, and the Americas.

With over 5000 animals calling the Toronto Zoo home, there are few places in the world better equipped to teach students of all ages the wonders of the animal kingdom.

What Students Can Learn: Toronto Zoo allows students to witness animals in their natural habitats, with observable naturalistic environments in the various animal regions. With the Wildlife Health Centre, Kangaroo Walk-Thru, the Americas Pavilion, the Kids Discovery Zone, and so many other interactive hubs of learning and entertainment, there are endless ways for kids and adults to explore and learn during their zoo exploration.

The Toronto Zoo also puts an emphasis on conservation, and how zoologists and the general public can help improve the way we interact and live with animals. Topics such as habitat and species research, animal reintroduction in their natural environment, and captive breeding are popular areas of discussion and learning at the zoo. 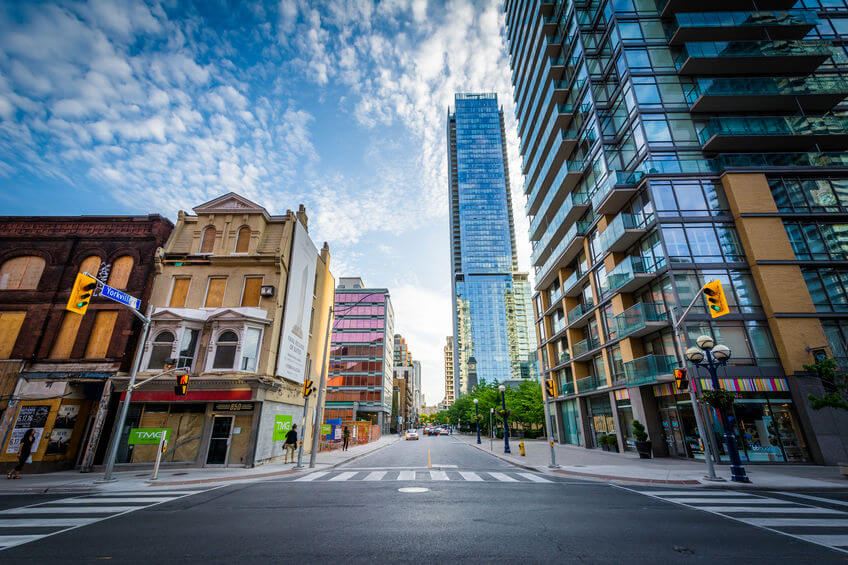 What It Is: Yorkville is popularly known as a wealthy neighborhood in Toronto, but it is also a place neck-deep in Toronto culture and history.

Visitors of Toronto looking for a lesson of the urban underpinnings and heritage of the city need look no further than Yorkville, which is a popular destination of walking tours for its various art galleries, bars, antique stores, cafes, and more, showing its evolution from Toronto’s counter-culture to area of couture.

What Students Can Learn: A tour of Yorkville can be a full lesson of history or culture and art (or both!), depending on what your group and guide choose to explore. Yorkville in the 1960s was the heart of counter-culture in Toronto, attracting hippies and the Bohemian lifestyle as the rest of the city expanded.

Over time, the infusion of Bohemian lifestyle with Toronto’s economic growth led to the rise of one of the most affluent neighborhoods in the city, which is also home to various celebrities and fine art galleries. Some places you can visit in Yorkville include: 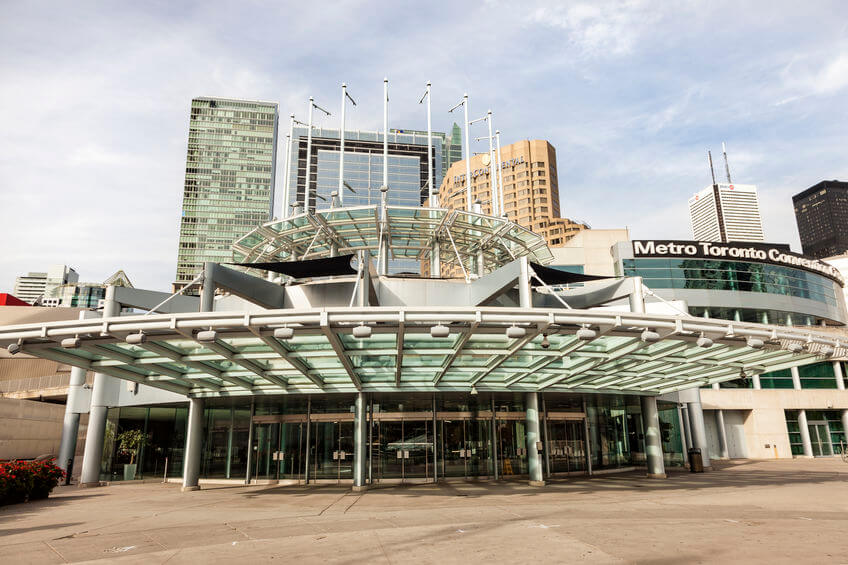 What It Is: Located in the heart of downtown Toronto, the Metro Toronto Convention Centre (MTCC) is one of the leading areas for conventions and meetings in North America. With a facility that covers more than 2 million square feet, the MTCC is the largest convention centre in Canada, fit for any global company event.

What Students Can Learn: First opened in 1984, with the event conducted by Queen Elizabeth II herself, the MTCC hosts various events and conventions that students from any level and program of interest can find interest in. 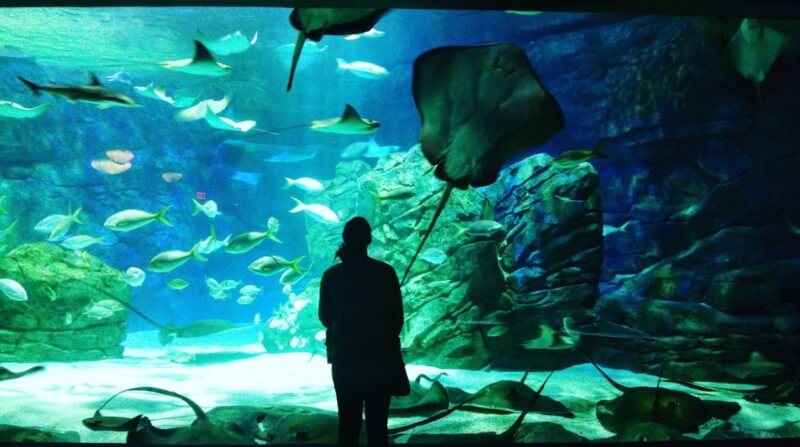 What Students Can Learn: This aquatic haven offers a multitude of plans for students and tour groups. Popular activities include the daily dive show, aquarist talks, and various camps they have available for students of all ages, from 5 to 18.

Ripley’s Aquarium of Canada also features meet-and-greet experiences such as the stingray experience and discovery dive. Photography classes are available for up-and-coming biologists and photographers who have a keen eye for detail. 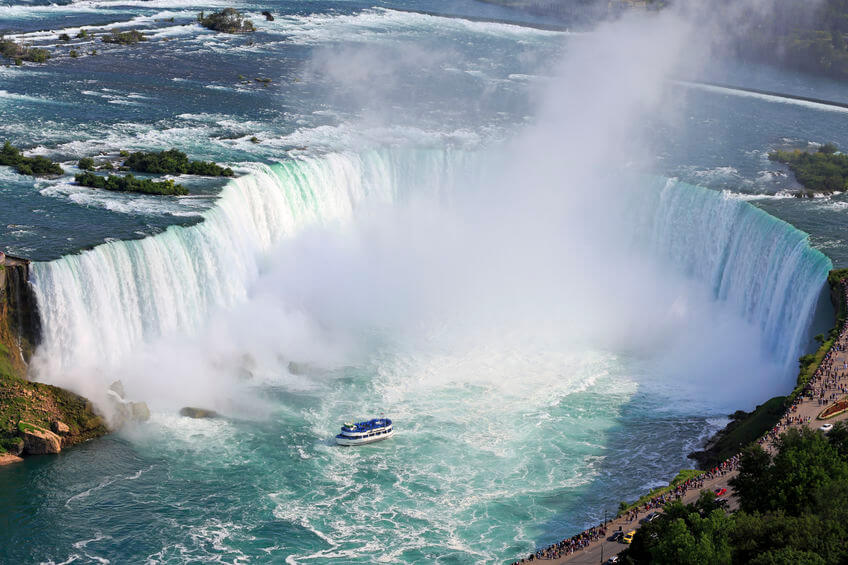 What It Is: If you’re visiting Toronto and you’re staying for enough days to have an experience to last a lifetime, then head on over to Niagara Falls and witness one of the greatest natural wonders of North America.

Head on over to Clifton Hill before or after your visit, and check out the rides, attractions, and world-famous restaurants and awesome meals to keep you and your group entertained.

What Students Can Learn: A visit to Niagara Falls is as much a learning experience as it is an experience to carry with you for the rest of your life.

With various activities around the falls – Horseshoe Falls being the most impressive of the three falls, Maid of the Mist boat ride to truly get into the roar of the falls, Welland Ship Canal (one of the greatest man-made wonders of the world), the Old Fort Niagara steeped in history – any group of students can find immense value with a visit to these amazing falls.

Junior Tours prides itself on being a family-run company with decades of expertise in building customized tours for schools and groups looking for educational travel opportunities. Our experts understand the value of tours that emphasize the fun of learning about local culture, art, history, and more.

Junior Tours is the ideal organizer for the most complete and fulfilling tours you and your students will ever enjoy. Read our site to find out more, or contact us at 1-800-631-2241 today!